Catholic Saint of the Day

Common of Holy Men and Women: For Religious

January 6 Saint of the Day

January 6 Saint of the Day

Saint John Neumann was the first member of his community, the Redemptorists, to profess vows in the United States. He did missionary work in Maryland, Virginia, and Ohio and became the bishop of Philadelphia. Noted for his humility and organizational skills, he helped form the Church in the new world.

Click on link above to listen to podcast / read more

USCCB BULLETIN INSERT
Click below to access the USCCB’s Catholic Current handout (PDF) which can be used to educate children and adults alike. USCCB gives permission to use Saint profiles in classroom materials, bulletins, on websites, or social media.

Liturgy of the Hours - 2nd Reading

In the world, yet not of it

From a homily on the Gospels by Saint Gregory the Great, pope

I would like to urge you to forsake everything, but that I do not presume to do. Yet, if you cannot give up everything of this world, at least keep what belongs to the world in such a way that you yourself are not kept prisoner by the world. Whatever you possess must not possess you; whatever you own must be under the power of your soul; for if your soul is overpowered by the love of this world’s goods, it will be totally at the mercy of its possessions.

In other words, we make use of temporal things, but our hearts are set on what is eternal. Temporal goods help us on our way, but our desire must be for those eternal realities which are our goal. We should give no more than a side glance at all that happens in the world, but the eyes of our soul are to be focused right ahead; for our whole attention must be fixed on those realities which constitute our goal.

Whatever is vicious must be utterly eradicated, wrenched away not merely from being put into act but even from being so much as thought of. No carnal pleasure, no worldly curiosity, no surge of ambition must keep us from the Lord’s Supper. But further, our minds should merely skirt even the good deeds we perform in this life; in this way, the physical things which give us pleasure will serve our bodily needs without hindering the soul’s progress. You see, my brothers, I dare not say to you, give up everything. Yet, if you will, you can give everything up while keeping it, provided you handle temporal things in such a way that your whole mind is directed toward what is eternal. A man can use the world as if he were not using it, if he makes all external needs minister to the support of his life without allowing them to dominate his soul. They remain external to him and under his control, serving him without halting the soul’s drive to higher things. For such men, everything in this world is there for their use, not to be desired. Nothing should interfere with your soul’s longing; no created pleasure in the world should ensnare you.

If the object of love is what is good, then the soul should take its delight in the higher good, the things of heaven. If the object of fear is what is evil, then we should keep before ourselves the things that are eternally evil. In this way, if the soul sees that we should have a greater love and a greater fear about what concerns the next life, it will never cling to this life.

To help us to achieve all this we have the help of the mediator between God and man. Through him we shall obtain all this the more quickly, the more we burn with a great love for him, who lives and reigns with the Father and the Holy Spirit, for ever and ever. Amen.

Brother André Bessette: God's Doorkeeper (2010) - Official Trailer
January 6th, 1937. It was as if a world leader had died. But it was only the humble, simple Brother from Montreal. Forty-five years later, he is beatified in Rome. Not even 30 years more, on October 17th, 2010, he is canonized. This makes him the first male Canadian-born saint and the first saint of the Congregation of Holy Cross. But Brother André would be the first to laugh about this chain of events. He would say, "I am a man, just like one of you." Salt + Light Television brings audiences the beauty and inspiration of Brother André Bessette's story, through the documentary God's Doorman: St. André of Montreal. Br. André's life and ministry of compassion still speak to us today. Produ...

The Story of Saint Brother Andre Bessette of Canada
St Andre Bessette is the first Canadian-born male saint. He was a small man who did big things for God. This is his touching story which stands as an encouragement to those who suffer chronic illness yet desire to serve God. Meet the man behind the world famous Oratory of St Joseph in Mount Royal Quebec Canada.

Toward Sainthood: Blessed Brother André Bessette, C.S.C.
Brother André was beatified by Pope John Paul II on May 23rd, 1982, and declared for sainthood by Pope Benedict XVI on February 19, 2010.

Real to Reel - Saint Andre Bessette
Steve Kiltonic shares the story of Brother Andre Bessette, the first Canadian saint. Though he is from our neighbor to the north, this holy man spent time in western Massachusetts visiting family and friends.

St. André Bessette, Model of Holiness for All
The Most Rev. William A. Wack, C.S.C., Bishop of Pensacola-Tallahassee, Florida, gives the last of four video reflections by Holy Cross religious in celebration of the 10th Anniversary of the Canonization of St. André Bessette, the first canonized saint of the Congregation of Holy Cross. Bishop Wack shares his thoughts on how St. André is a model of holiness for all of the faithful.

Ave Explores: Faith in Action St. André Bessette with Fr. Dennis Strach, C.S.C.
Fr. Dennis Strach, C.S.C., assistant vocations director for the U.S. Province of the Congregation of Holy Cross says that conversion is essential to putting our faith into action. St. André Bessette—the congregation’s first saint—is an example of a life focused on the needs of others. Strach said that in centering our own life in prayer, we are led closer to Jesus and can confront the issues we face to fight for justice, healing, and peace in our world.

Scenes from the documentary, "God's Doorkeeper | St. André of Montreal"
A majority of these scenes were filmed in 2010 at Saint André Bessette Catholic Church, which was known as the Downtown Chapel at the time. Other footage is from St. Joseph's Oratory in Montreal.
«
Prev
1
/
1
Next
»

The Story of Saint Brother Andre Bessette of Canada

St. André Bessette, Model of Holiness for All

Happy #Feastday #StAndreBessette #Prayforus He had a great devotion to St. Joseph and the poor and afflicted. He’s known as the “Miracle man of Montreal “://bit.ly/34pDb0R pic.twitter.com/djHYguGSgU

St. André Bessette, healer and doorkeeper of God, pray for us! pic.twitter.com/trEgccTtZq

St. André Bessette, healer and doorkeeper of God, pray for us! pic.twitter.com/6VJCho7Avw

“Put yourself in God’s hands; he abandons no one.”

“God is love and he loves us; that is the heart of the Christian faith. God gave us the commandments and it is in observing them that we show whether we love God. Pray that you may obtain a true love of God. God loves us so much. He wants us to love Him.”
~ St. André Bessette pic.twitter.com/E5qW7XXJga

A saint for Catholic Teachers

When a young Bohemian immigrant arrived in New York City on a rainy June day in 1836 his hopes for priesthood were uncertain. Due to an ordination moratorium imposed by his homeland’s government, St. John Neumann could not be ordained at home. Forsaking the comforts of home and family, desiring only his life’s oblation in love and service, Neumann chose to go to America. He read accounts of such storied missionaries as Frederic Baraga — a current candidate for sainthood — and he hoped to follow in their footsteps. Little did the young seminarian know when he set foot on American soil that the path God had in store would result in his canonization as the country’s first male saint..

What can we do?

As a boy, John Neumann lived in Bohemia, which is now part of Czech Republic. He studied hard, for he wanted to be a missionary priest in America. By the time he was twenty-four, he had learned six languages and had completed his studies for the priesthood. He was not ordained, however, because his bishop thought there were enough priests in his country. So John Neumann decided to leave for America, hoping to be ordained there. He said goodbye to his parents and brother and sailed for the United States. When he arrived, he had one suit of clothes and one dollar in his pocket. Three weeks later, the bishop of New York ordained him.

Father John’s first work was with the German-speaking people in mission parishes near Buffalo, New York. He was not considered very handsome, and some people disliked him and his ways. Priests at that time traveled on horseback and went long distances to care for people in neighboring towns and villages. People laughed at the clumsy way Father John rode. Because he was short, his feet did not reach the stirrups. Children made fun of him. John remained silent, however, and continued going about teaching religion, visiting the sick, and training teachers.

SHOW VIDEO DESCRIPTIONS
Sorry, there was a YouTube error. 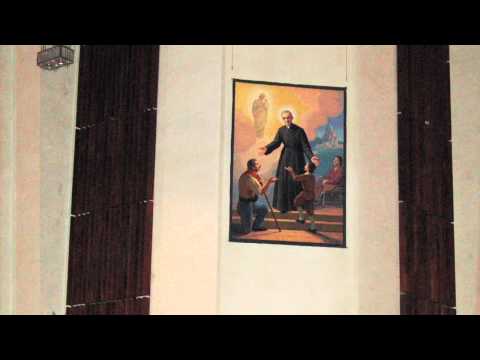 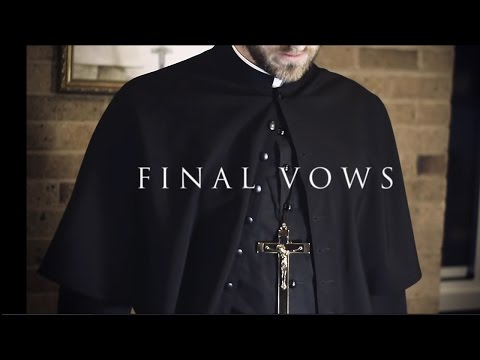 Saint André Bessette, CSC, born Alfred Bessette and since his canonisation sometimes known as Saint André of Montreal, was a Holy Cross Brother and a significant figure of the Roman Catholic Church among French-Canadians, credited with thousands of reported miraculous healings.

Many people began to experience physical healings after praying with Brother Andre, and he became to be known as the "Miracle Man of Montreal." His desire to increase devotion to St. Joseph inspired Brother Andre to found Saint Joseph’s Oratory of Mount Royal in Quebec. Brother Andre died on January 6, 1937 at the age of 91. He became the first saint of the Congregation of Holy Cross when he was canonized by Pope Benedict XVI on October 17, 2010.

Today is the feast day of a humble brother of the Congregation of the Holy Cross who never let what most considered limitations prevent him from doing God's work. Let's meet St. Andre Bessette, the Miracle Man of Montreal.