Catholic Saint of the Day

October 15 Saint of the Day

October 15 Saint of the Day

Saint Teresa of Avila lived before and during the Council of Trent. Having experienced the Reformation, she felt a need for reform, but took things in a different direction than the Protestants. Teresa set an example for present day reformers.

Click on link above to listen to podcast / read more

St. Teresa of Avila HD
St. Teresa was born in Avila, Spain in 1515. She is known as the patroness of the religious and the sick. As a child, Teresa was obsessed with the martyrs and saints. One day, when she was seven, she convinced her brother to become a martyr . Her plan was to go to the Moors and ask to be decapitated! They were just outside the town walls when their uncle found and stopped them. When she was 14-years-old, Teresa's mother passed away, so she turned to the Virgin Mary as a spiritual mother. Though she was devoted to her faith, the saints and the Virgin Mother, she was also interested in reading fiction and her father worried this was making her vain. To help Teresa remain holy, he sent...

St. Teresa of Avila
Click here to buy all the EuroTrip 2011 talks http://www.realcatholictv.com/store/?product=214 Take a look into the struggle this heroic woman faced from forces within the Church on her way to sainthood.

Discovering our Saints - St Theresa of Avila
Teresa lived in an age of exploration as well as political, social and religious upheaval. It was the 16th century, a time of turmoil and reform. She was born before the Protestant Reformation and died almost 20 years after the closing of the Council of Trent. The gift of God to Teresa in and through which she became holy and left her mark on the Church and the world is threefold: She was a woman; she was a contemplative; she was an active reformer. As a woman, Teresa stood on her own two feet, even in the man's world of her time. She was "her own woman," entering the Carmelites despite strong opposition from her father. She is a person wrapped not so much in silence as in mystery. Be...

Pop-Up Catechesis: Saint Teresa of Ávila
Practice mindfulness in honor of Saint Teresa of Ávila, who said, “The Lord walks among the pots and pans.” Learn more about Saint Teresa here: https://www.loyolapress.com/catholic-resources/saints/saints-stories-for-all-ages/saint-teresa-of-avila/?utm_source=cj&utm_medium=youtube&utm_campaign=pop-up-catechesis. This is an episode of Pop-Up Catechesis, featuring Joe Paprocki, National Consultant for Faith Formation at Loyola Press, giving bite-size suggestions for living faith at home.

Oct 15 - Homily: St. Teresa of Avila
St. Teresa, Doctor of the Church, teaches us to pray and hope. Ave Maria! Mass: St. Teresa of Jesus - Mem - Form: OF Readings: Wednesday in the 28th Week in Ordinary Time 1st: gal 5:18-25 Resp: psa 1:1-2, 3, 4, 6 Gsp: luk 11:42-46 To Subscribe to this channel: http://www.youtube.com/subscription_center?add_user=franciscanfriars To contribute to Franciscanfriars and AirMaria: https://airmaria.com/contribute/

Saint Teresa of Ávila ~ Fr. John Corapi
Fr Corapi speaks about lessons we can learn from the life and teaching of one of the great saints and doctors of the Church, St. Teresa of Jesus or St. Teresa of Avila. The Foundress of the Discalced Carmelite reform of the Carmelite order, St. Teresa is one of the most influential teachers of Catholic spirituality. Her simple and easy to understand teaching is of great value to every person desiring to advance in the way of spiritual perfection. Please Pray For Priests!

Saint Teresa of Avila | Stories of Saints | English
Saint Teresa of Avila is a famous saint who lived in the 15th century. Saint Teresa was born in a small village called Avila in Spain, on 1515. She lived during a time, when women were not allowed to pursue any career, and they were raised and trained to become good homemakers. As a little girl in her parents rich home, Teresa and her brother Rodrigo loved to read the books on the lives of Saints and martyrs. But soon things changed, she started taking keen interest in worldly things and lost her way. What happened next? Watch this episode! Stories of Saints is a series of animated stories based on the life of Saints. Each episode details on the Birth, Life, Transformation, Miracles an...
«
Prev
1
/
1
Next
»

St. Teresa of Avila, mystic and Doctor of the Church, pray for us! pic.twitter.com/oIw5p3rVXr

Today is the memorial of St. Teresa of Avila, Virgin and Doctor of the Church @sam_ocd #ALDUB13thWeeksary pic.twitter.com/StV6I50yKk

Today is the Memorial of S Teresa of Ávila. Find out more: http://t.co/INV65gplH8 pic.twitter.com/TBjY8aqmZk

Today is the memorial of St. Teresa of Avila!

St. Teresa was born to in Spain to a wealthy family. who desired to marry her, yet she resisted and entered the Carmelites in 1536. She was named Doctor of the Church in 1970 by Pope Paul VI. St. Teresa of Avila, pray for us! pic.twitter.com/yJZnOgqY3H

Let us always be mindful of Christ's love

From a work by Saint Teresa of Avila, virgin

If Christ Jesus dwells in a man as his friend and noble leader, that man can endure all things, for Christ helps and strengthens us and never abandons us. He is a true friend. And I clearly see that if we expect to please him and receive an abundance of his graces, God desires that these graces must come to us from the hands of Christ, through his most sacred humanity, in which God takes delight. Many, many times I have perceived this through experience. The Lord has told it to me. I have definitely seen that we must enter by this gate if we wish his Sovereign Majesty to reveal to us great and hidden mysteries. A person should desire no other path, even if he is at the summit of contemplation; on this road he walks safely. All blessings come to us through our Lord. He will teach us, for in beholding his life we find that he is the best example. What more do we desire from such a good friend at our side? Unlike our friends in the world, he will never abandon us when we are troubled or distressed. Blessed is the one who truly loves him and always keeps him near. Let us consider the glorious Saint Paul: it seems that no other name fell from his lips than that of Jesus, because the name of Jesus was fixed and embedded in his heart. Once I had come to understand this truth, I carefully considered the lives of some of the saints, the great contemplatives, and found that they took no other path: Francis, Anthony of Padua, Bernard, Catherine of Siena. A person must walk along this path in freedom, placing himself in God’s hands. If God should desire to raise us to the position of one who is an intimate and shares his secrets, we ought to accept this gladly. Whenever we think of Christ we should recall the love that led him to bestow on us so many graces and favours, and also the great love God showed in giving us in Christ a pledge of his love; for love calls for love in return. Let us strive to keep this always before our eyes and to rouse ourselves to love him. For if at some time the Lord should grant us the grace of impressing his love on our hearts, all will become easy for us and we shall accomplish great things quickly and without effort.

SHOW VIDEO DESCRIPTIONS
Sorry, there was a YouTube error. 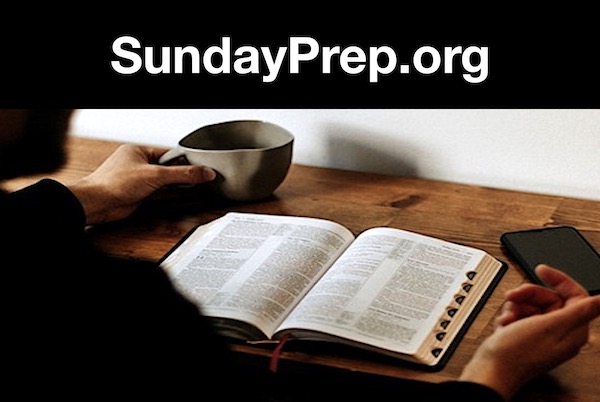