The Cristero War (also known as Guerra de los Cristeros or Cristiada) in Mexico was an armed conflict that lasted from 1926 to 1929 between the government of Plutarco Elías Calles and militias of lay people, priests and Catholic religious who resisted the application of legislation and anticlerical public policies aimed at restricting the autonomy of the Catholic Church.

Behind the scenes of "For Greater Glory: The True Story of the Cristiada" 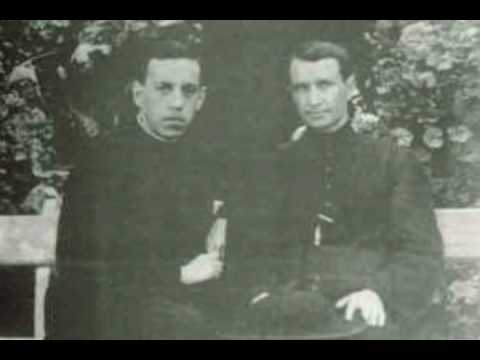 For Greater Glory, a 2012 epic historical war film (the most expensive film ever made in Mexico), depicts the events of the 1920s when a totalitarian regime gained control of Mexico and tried to suppress the Catholic Church. To resist the regime, many Christians took up the cry, “Viva Cristo Rey!” [“Long live Christ the King!”] They called themselves “Cristeros.”

Here is what John Tuttle, reviewed the film says about it:

For Greater Glory is worth watching because it is depicting the historical and, in some instances, providential occurrences of the Cristero War, because it shows the modern viewer what people were willing to do to stand up against a power greater than themselves when they knew it was inflicting unjust laws. It is about standing up for the freedom that all should have regardless of nationality or government regulation: religious liberty. In its entirety, it’s a heart-snagging tale of repentance, of loss, of struggle, and inevitably of victory.

For Greater Glory: A Heart-Snagging Religious Story, a Terrific Film by John Tuttle

The most famous Cristero was a young Jesuit priest named Padre Miguel Pro. Using various disguises, Padre Pro ministered to the people of Mexico City. Finally, the government arrested him and sentenced him to public execution on November 23, 1927.

The president of Mexico (Plutarco Calles) thought that Padre Pro would beg for mercy, so he invited the press to the execution. Padre Pro did not plead for his life, but instead knelt holding a crucifix. When he finished his prayer, he kissed the crucifix and stood up. Holding the crucifix in his right hand, he extended his arms and shouted, “Viva Cristo Rey!”

At that moment the soldiers fired. The journalists took pictures; if you look up “Padre Pro” or “Saint Miguel Pro” on the Internet, you can see that picture (see below).

The Cristero War (also known as Guerra de los Cristeros or Cristiada) in Mexico was an armed conflict that lasted from 1926 to 1929 between the government of Plutarco Elías Calles and militias of lay people, priests and Catholic religious who resisted the application of legislation and anticlerical public policies aimed at restricting the autonomy of the Catholic Church. 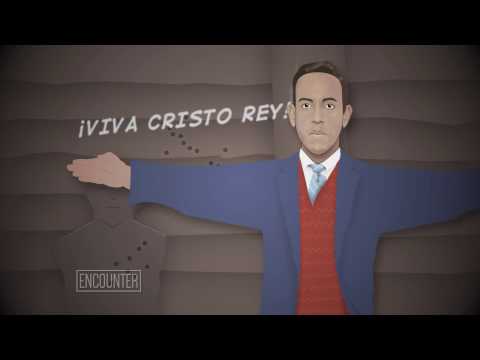 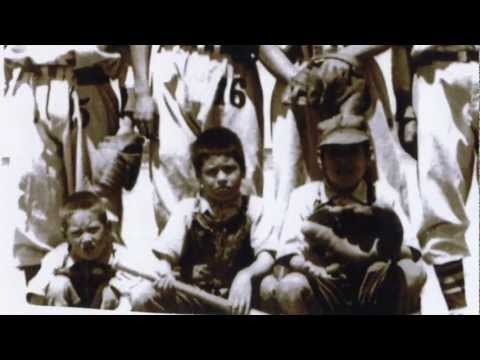 Behind the scenes of "For Greater Glory: The True Story of the Cristiada" 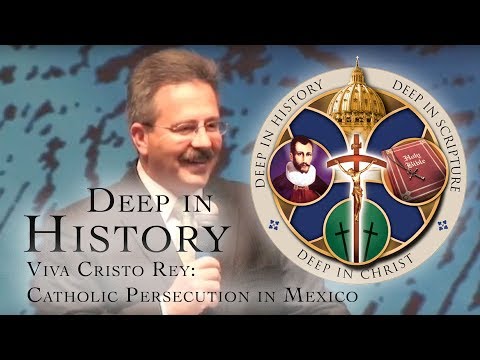 IMDb Information Box
6.6
For Greater Glory: The True Story of Cristiada (2012) 145min | Drama, History, War | 1 June 2012 (USA)
Director: Dean WrightWriter: Michael LoveStars: Andy Garcia, Oscar Isaac, Catalina Sandino Moreno
Summary: A chronicle of the Cristeros War (1926-1929); a war by the people of Mexico against the atheistic Mexican government.
Countries: MexicoLanguages: Spanish, English
Source: imdb.comDisclaimer: This plugin has been coded to automatically quote data from imdb.com. Not available for any other purpose. All showing data have a link to imdb.com. The user is responsible for any other use or change codes.
NOTE: (see 3:18 for his comments on Padro Pro scene) This video seeks to help visually the emotion raised by the song Viva Cristo Rey ("Long live Christ the King!"), by the group Jésed. Scenes obtained from promotional trailers for Cristiada (For Greater Glory), directed by Dean Wright and produced by NewLand Films. Scene of the execution of Blessed Miguel Pro, in the film Padre Pro, by Loyola Producciones. A tribute to the martyrdom of Father Jaques Hamel, we made this short movie remembering the martyrdom of Father Cristobal Magallanes who offered his life for "Christ the king" during the War in Mexico against the Catholic Church. (From the Movie CRISTIADA), Father Jaques Hamel (30 November 1930 – 26 July 2016) was a French Catholic priest in the parish of Saint-Étienne-du-Rouvray. Hamel was killed by two men pledging allegiance to the Islamic State while he said Mass in his church on 26 July 2016. Hamel has been called a martyr by some international press, and there have been calls to make him a saint.
Share this page:
Posted on November 17, 2020 By Admin Illustration Posts Posted in Illustration Posts Tagged #Christ the King (A), Movies/TV