Skip to content
3rd Sunday of Ordinary Time – A
Commentary (A)

3rd Sunday of Ordinary Time – A

In an Apostolic Letter issued this past September, Pope Francis declared that the Third Sunday in Ordinary Time is to be called Sunday of the Word of God. In paragraph 3 of the Apostolic Letter, Aperuit Illis (“He opened their minds ….” [Lk 24:45]), Francis writes:

“I hereby declare that the Third Sunday in Ordinary Time is to be devoted to the celebration, study and dissemination of the Word of God…communities will find their own ways to mark this Sunday with a certain solemnity.” — Pope Francis, Aperuit Illis (September 30, 2019)

The good news is that all people who gather together each week to study, reflect and pray around the upcoming Sunday readings are already doing what Pope Francis asks of all Catholic parishes.. 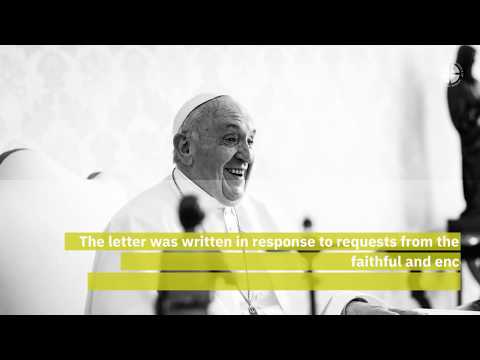 Pope Francis establishes Sunday of the Word of God

On Monday, September 30, 2019 Pope Francis issued an Apostolic letter moto proprio, Aperuit Illis, reflecting on the Word of God and designating the Third Sunday in Ordinary Time as the Sunday of the Word of God.

A new light will shine

These words from Isaiah were written at a time when a weakened Israel was being overrun by its powerful neighbors. The territories held by the tribes of Zebulon and Naphtali (later known as Galilee) are the first to fall. Isaiah seeks to offer words of hope and consolation to a people experiencing the darkness of oppression.

“A new light will shine on a people living in a land of gloom.”

Isaiah hopes his prophecy of a new light will be fulfilled in the next King of Israel.

In today’s Gospel, Jesus sees himself as the fulfillment of Isaiah’s prophecy. Jesus is the new Light shining on a land and people in darkness.

For the yoke that burdened them, the pole on their shoulder, and the rod of their taskmaster you have smashed, as on the day of Midian. — ISA 9:3 (NAB)

The first reading speaks about a “new light” that will dispel the darkness. Name one concrete way you can bring God’s light into a dark situation. 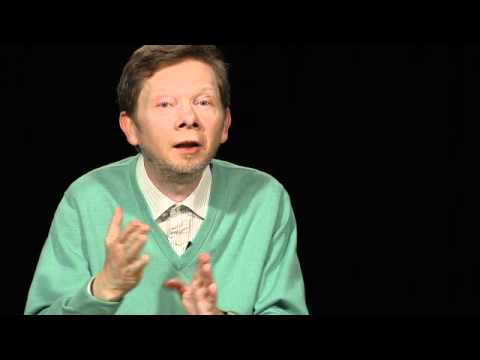 Can the Ego Surrender to the Light of Consciousness

An eloquent summation of the dysfunctional mind pattern that is the ego and what happens to it in the face of awareness.

The Lord is my light and my salvation

The psalmist yearns for the light of the temple and that unique presence of God which lifts up the spirit and assures the spiritual and temporal well-being of the people.

“One thing I ask of the LORD; this I seek: To dwell in the house of the LORD all the days of my life, that I may gaze on the loveliness of the LORD and contemplate his temple.” — Ps 40:8-9 (NAB)

A New Catholic Commentary on Holy Scripture[18] says the first poem of which Psalm 27 is composed is an expression of confidence that God will bring help and of devotion to the Temple, and the second is a cry for help.

Pope John Paul II spoke of the first part of the psalm as “marked by a deep tranquillity, based on trust in God on the dark day of the evildoers’ assault”. In the second part too, he said, “the decisive element is the trust of the person of prayer in the Lord”, whose face the person seeks, an expression of “the mystical need of divine intimacy through prayer”, an intimacy made possible even in this life through Christ.[20] 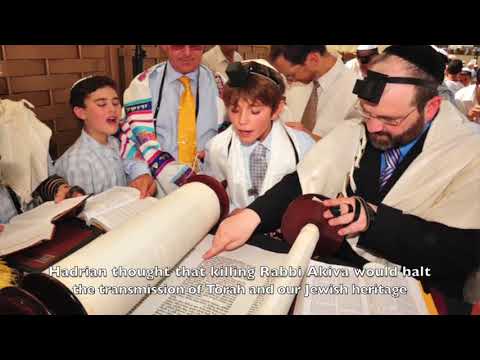 Carrying the Torch: The Menorah and the Eternal Jewish People

Rabbi Yaakov Cohen illustrates how the Arch of Titus reminds Jews of their immortality and gives us background into Chanukah.

No divisions in Christ

Paul addresses a community experiencing much divisiveness, which is a form of spiritual darkness. Four splinter groups are identified as having allegiance to Paul, Apollos, Cephas and Christ. They all get a slap on the wrist from Paul for being divisive. They have all been baptized into the same Christ, so there can be only one loyalty – loyalty to Christ. “Can Christ be divided?” Surely not. Christ is one; so must the various households of faith be one. Finally, Paul downgrades human wisdom when compared to the wisdom of the Cross which is the source of our salvation. 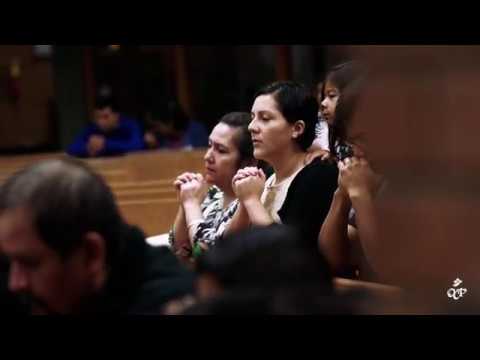 A decade ago, the parish was fractured — Hispanics and Anglos worshiping separately. Through pastoral leadership, charitable service and carefully selected liturgical music, Fr. Jim and Peggy have brought the community together. They envision a day when the parish no longer celebrates separate Spanish Masses and English Masses, but one Mass for everyone.

John’s imprisonment may have been Jesus’ signal to go public with his mission. Matthew presents Jesus as the fulfillment of the first reading. Jesus is a light for all to see and experience, including the Gentiles. To further emphasize this, Matthew locates Jesus’ ministry in Galilee, a region mainly occupied by Gentiles.

Then we have Jesus’ call to repentance, which is a call for a new mind and heart, a new hearing and a new radical response to God’s Word. The call of the first four apostles is a concrete example of individuals hearing God’s call and responding to it with total commitment. Jesus says that the new role of his apostles will be to “catch people.”

What do you need to leave behind in order to become a more committed disciple of Christ? Name one thing today’s Gospel says to us that we disciples of Jesus need to heed and act on

Responding to the Word

Be a reconciling presence where there is divisiveness. Whenever and wherever you find someone living in darkness (loneliness, grief, weak faith, poverty, etc.), be a Christ light to them.

Praying with the Word

Jesus, help me to see what I need to leave behind in order to become a more committed disciple of Christ

The net of human relationships

We are not called to stand still, but for us also to go by the sea, the sea of the world where people are the fish, immersed in bitter, salty and inhuman waters. Fishers of people. One cannot fish without the net of love, without a father who guards the boat, without a boat to launch into the deep. The net of human relationships is the only possible weapon of evangelizers, because with love we can go on a great fishing expedition, and love must not only be proclaimed but brought. To be called in pairs means precisely this bringing of a visible, concrete love, the love of brothers who enjoy the same parents, the love in whose veins flows the same blood, the same life.

Follow me… to call others to walk, fish and witness. The nets break, but every fisherman is capable of repairing a broken net. Love is not a knick-knack that is broken with use! The art of accommodation makes precious every possible relationship among people. What matters is going, trusting in that new name, always and still called LIFE. 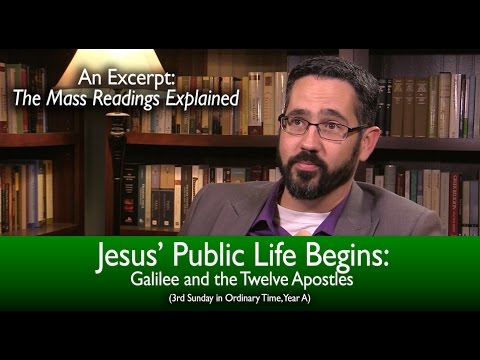 In this video excerpt from The Mass Readings Explained, Dr. Pitre comments on the implications of Jesus beginning his public ministry in the land of Zebulun and Naphtali, especially as it pertains to the restoration of the Lost Tribes of Israel. 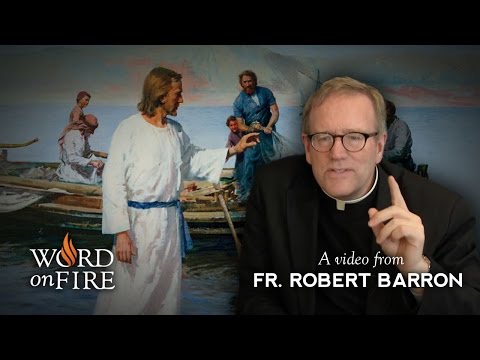 Bishop Robert Barron on the Calling of the Disciples

A video from Fr. Barron and Word on Fire commenting on subjects from modern day culture.

Commentary Text: ©2019 Fr. Eamon Tobin, Commentaries & Faith Sharing PDF Handout. Songs, images, scripture verses, and other material at bottom of page curated by LectioTube.com. They do not necessarily reflect Fr. Tobin’s opinions or preferences. Excerpts from the Lectionary for Mass for Use in the Dioceses of the United States of America, second typical edition © 2001, 1998, 1997, 1986, 1970 Confraternity of Christian Doctrine, Inc., Washington, DC. Used with permission.

NOTE: Top post and page views are calculated from the previous 24-48 hours of stats. They take a while to change.